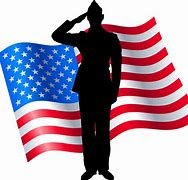 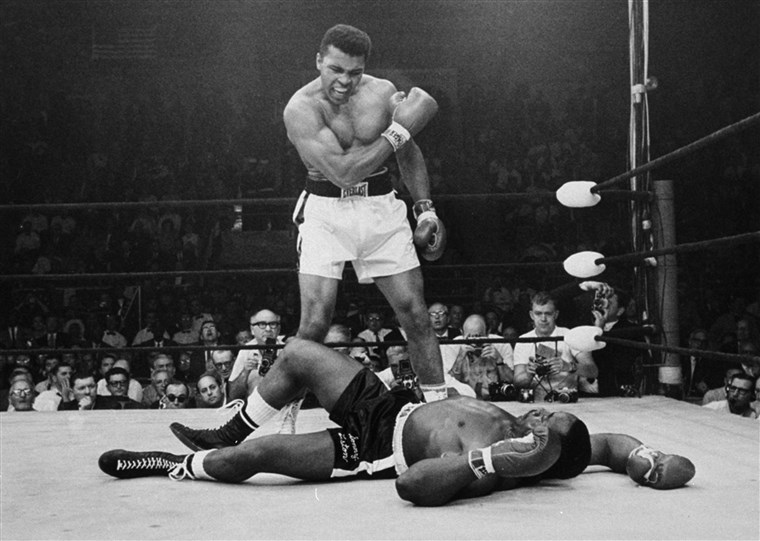 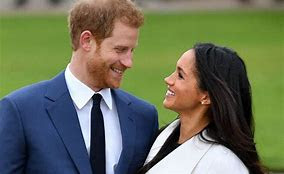 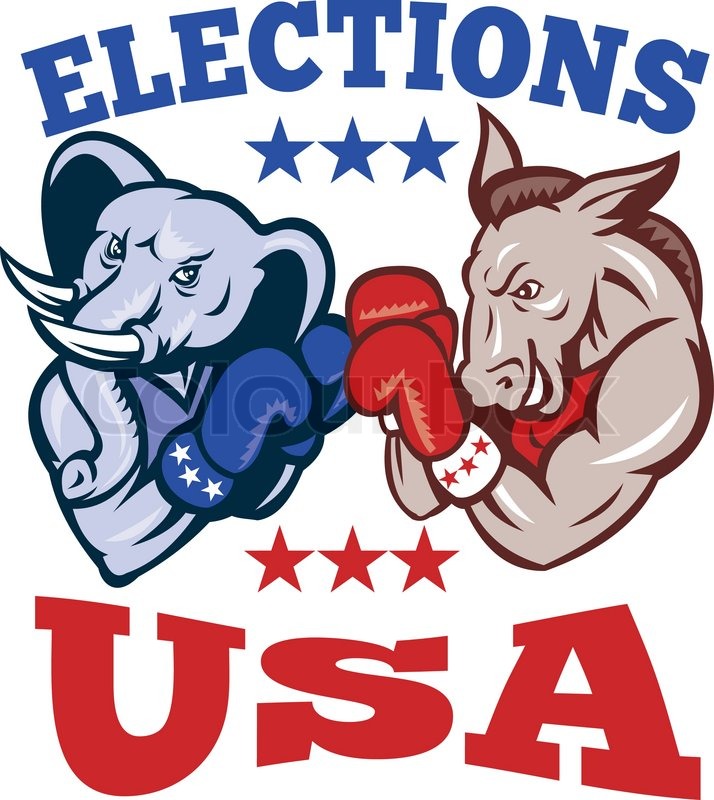 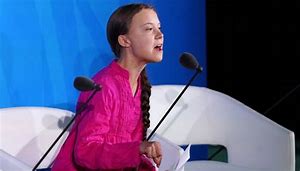 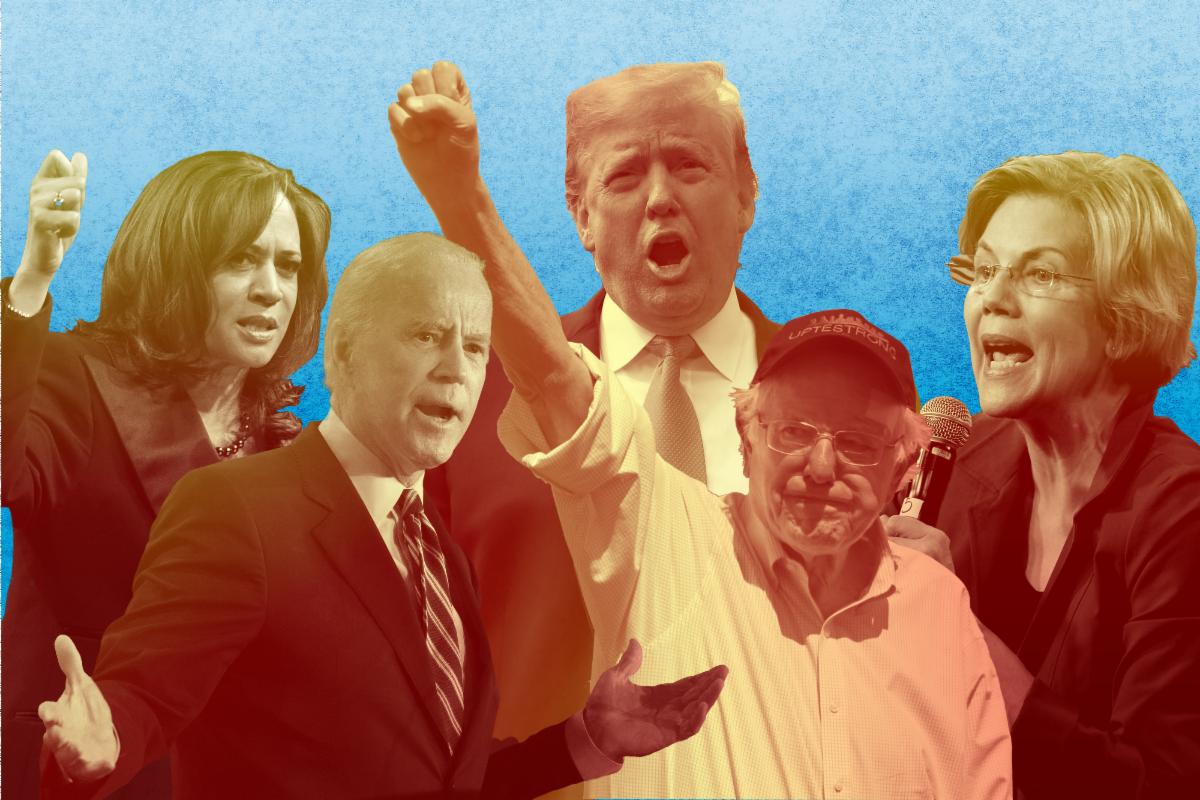 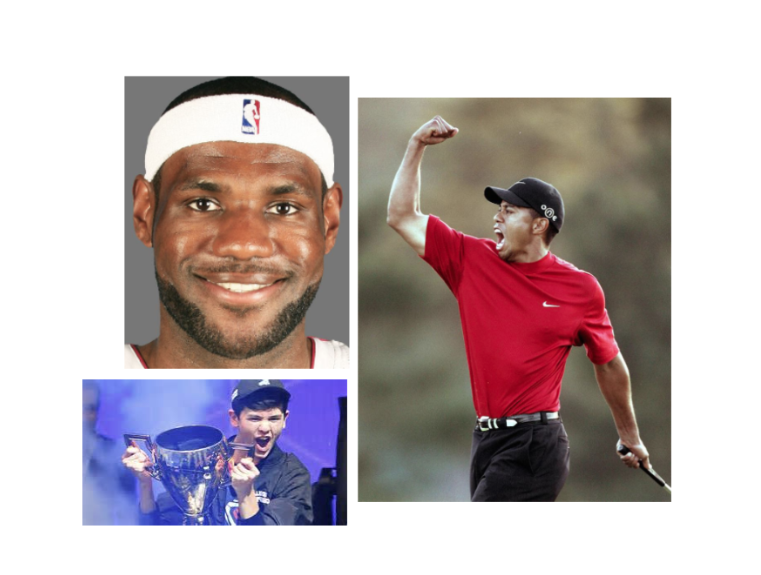 What Do “Phenoms” Tiger Woods, LeBron James and Kyle Giersdorf Have In Common?
Tiger Woods was born on December 30, 1975 and his destiny number is the 1.
LeBron James was born on December 30, 1984 and his destiny number is the 1.
Kyle Giersdorf (the 16 year-old gamer who just won $3,000,000 at the Fortnite World Cup) was born on December 30, 2002, and his destiny number is also a 1.
The commonalities in these three “phenoms,” from a numerological standpoint, are as follows:
1) Having been born in December gave each of them a good start in life because more than generally the child born in the 12 month is treated as a special child in their family, usually by being the first, the last, or the only child. Both Tiger and LeBron were only children. I wasn’t able to learn much about Kyle’s family, so that remains to be known, but I would say he’s likely going to be treated pretty specially because of his youthful accomplishment!!
2) Being born on the 30th is another good fortune element they all possess. The 30 is known as the number of “CELEBRATION” and each of these ace performers have had ample cause to do that. The 30 is known for endowing them with good fortune, originality, leadership skills, discipline and dedication, among other things
3) Each has a 1 destiny number (“destiny” meaning what they focus on to create their destiny), and all three would tend to have the qualities associated with that number in order to do what they have accomplished. The 1 destiny is called the path of the risk-taker, the entrepreneur (Steve Jobs also had a 1 destiny), and the wholly independent trailblazer. Each one has gravitated to the “high side” of this number by becoming experts in their sport.
One more “phenom” who is likely to rise before our eyes in the near future, who was born on December 30, 1993, and who also has a 1 destiny is Justin Dior Combs. He is the son of Sean Combs. Young Combs is currently a football defensive back at Iona Prep. Expect to hear more about this young man’s football feats.
Another birthdate trilogy that has always intrigued to me is that of O. J. Simpson, Tom Hanks, and Jimmy Smits. All three were born on July 9, and although each of their years was different, all their birthdates reduced to the number 1.
The 7 month child many times feels as though they were found under a cabbage leaf because some tend not to identify with their other family members. Not sure that is the case with any of these guys.
Being born on the 9th day of the month indicates a very strong, self-confident personality. These guys could have been somewhat difficult for their parents when growing up but they had a combo of numbers that helped them to make it to the top as well. And that they did!
With this birthdate, in particular, and especially because each birthdate reduces to the number 1, I must add that all the numbers have their positive AND negative sides. All of the individuals in this category have resonated to the “high side” of their numbers professionally. However, O. J. Simpson is an example of an individual who applied his 1 destiny negatively in his personal life. Of course, Tiger Woods’ personal life has also had its challenges. It remains to be seen whether Tiger can eventually use his 1 destiny positively in all arenas of his life as he continues to vie for another winning streak. He has some challenging numbers ahead, so it will be interesting to see how he handles these tests — which are intended to raise him to a higher level, consciously, as a human being.
The 1 is known, on the negative side, as that of the “control freak”, one who can’t let go of grudges, and will usually take revengeful actions in response. And the 9, on its low side, is known as the “Mt. Vesuvius” temper number. Those who have the 9 in a prevalent position in their numerological chart and who become very angry or enraged may blow like a volcano spewing their “anger ashes” hither and yon if they are expressing a more negative 9 energy. Not everyone rises to the high side of their numbers. 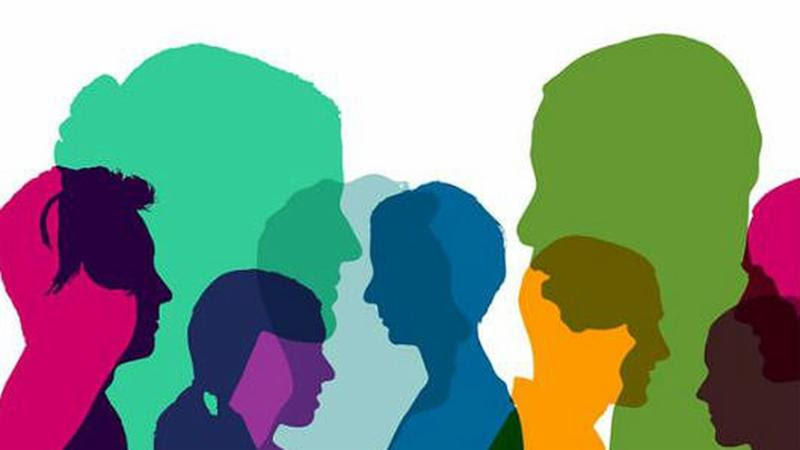 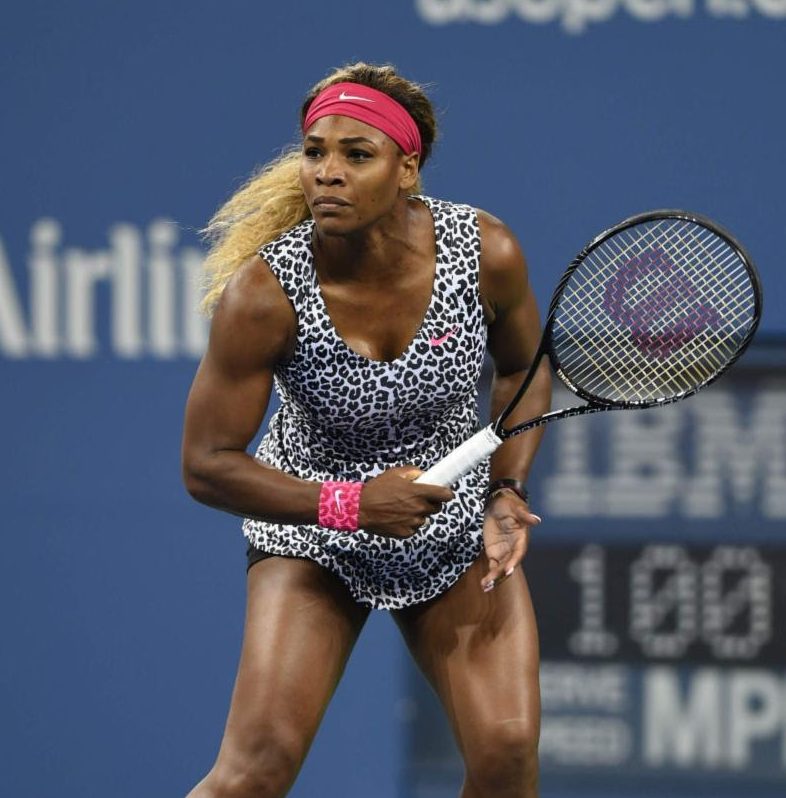 Serena Williams, born on September 26, 1981, has a 54/9 destiny number. I have labeled that the “watch your back” destiny number because it usually means that someone is vying for what you have accomplished or own or possess. Which also indicates you would have something worth vying for and, in this case, it’s quite obvious what that would be.

Cori Gauff, born on March 13, 2004, who has a 22/4 destiny, the number of the visionary, and likely envisioned herself winning the Wimbledon Grand Slam Tournament at some point in her life. And, by utilizing the primary qualities associated with the 22, goal-orientation, tenacity, fortitude, power, and expertise, she prevailed over the most acclaimed woman of all time in the game of tennis!

FUTURE PREDICTIONS FOR SERENA AND CORI

I predict, judging from Ms. Williams’ chart, that she will make a “grand slam” comeback in her 40th year. Ms. Gauff will continue on with her own “grand slam” success for several years, but I can see that it isn’t necessarily a teenager’s dream life. Judging from the intense and all-consuming aspects of being the superlative athlete, she definitely deserves her wins as she graces the courts with her fixed determination and stunning abilities.

All 7 players in this category have birth “day” numbers that offer towering coordination and cooperation skills, as a whole. The numbers 2, 7, and 29/11are highly intuitive numbers, and Rapinoe’s No. 8 is known for it’s dominant 6th sense proclivities. So, there’s likelihood that this team was able to intuit each other’s moves with that asset. McDonald’s numbers are all about high intuition and speed.

Their destiny numbers 4 and 6 are associated with those who “go the extra mile and give more than they are asked to give.” The number 8 is a leadership number, along with being “the exemplar” at whatever they deem worthy of their talents. The number 9 is said to be a compilation of all the numbers 1 through 8, so Morgan could assume different roles to accommodate the actions of her team players.

Although Horan and LaVelle have differing numbers, Horan’s 8 and 9 indicate that she had leadership abilities and also a fierce competitive nature; LaVelle would tend to exhibit skills beyond most other players because of her resolute will to win (1) and her flexibility and creativity (3) – and she managed the winning slam. Ertz, Mewis and Long each had numbers that would have exhibited heroic measures to ensure a win, even if injured.

As a team, the Defenders possess Sauerbrunn as someone whose efforts tend to go the extra mile (6) and who would to be exemplary in her actions (8); Kriege, Dunn, Davidson and Sonnett have comparable numbers, each “in it to win it” and possessing the determination, adroitness and discipline to make that happen (1 and 3); O’Hara and Dahlkemper are stalwart, persevering, consistent, and systematic (11 and 4).

Naeher’s name number is a 3, and when you couple that number with the 1 and 4, you have someone who won’t even get in the game unless she thinks she can win (1); who will work longer and harder, with greater discipline and determination than most others (4), and tend to think in a creative and ingenious manner to block every puck that comes her way. And she managed her role with aplomb! 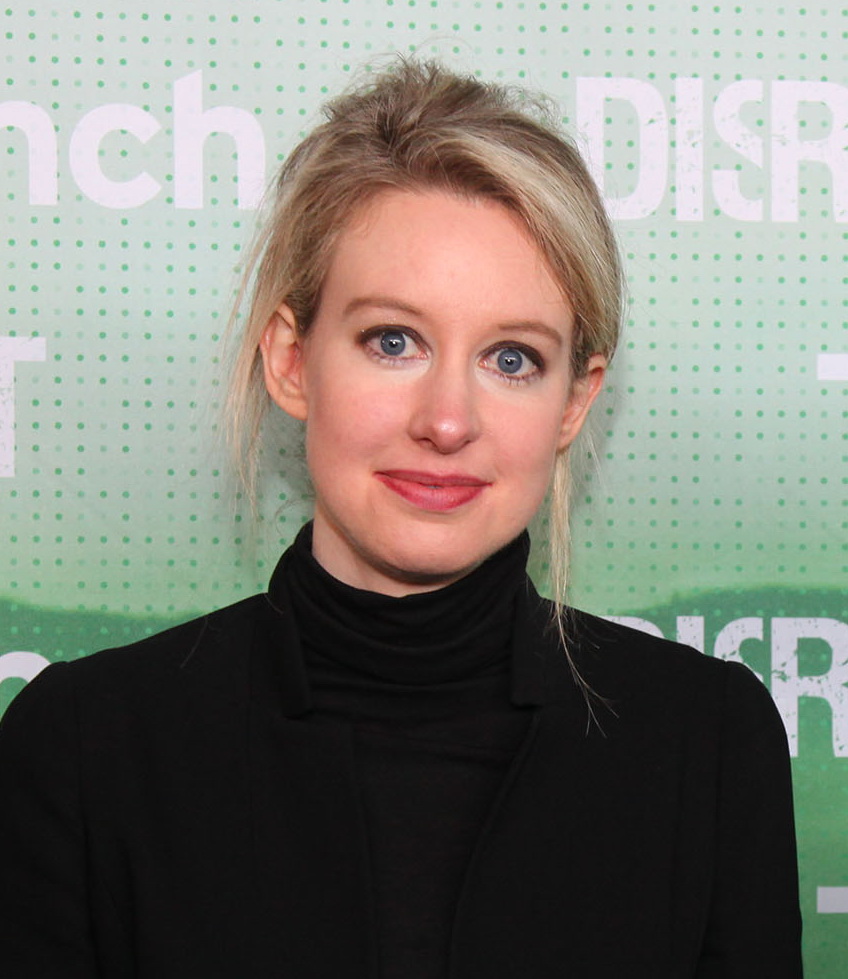 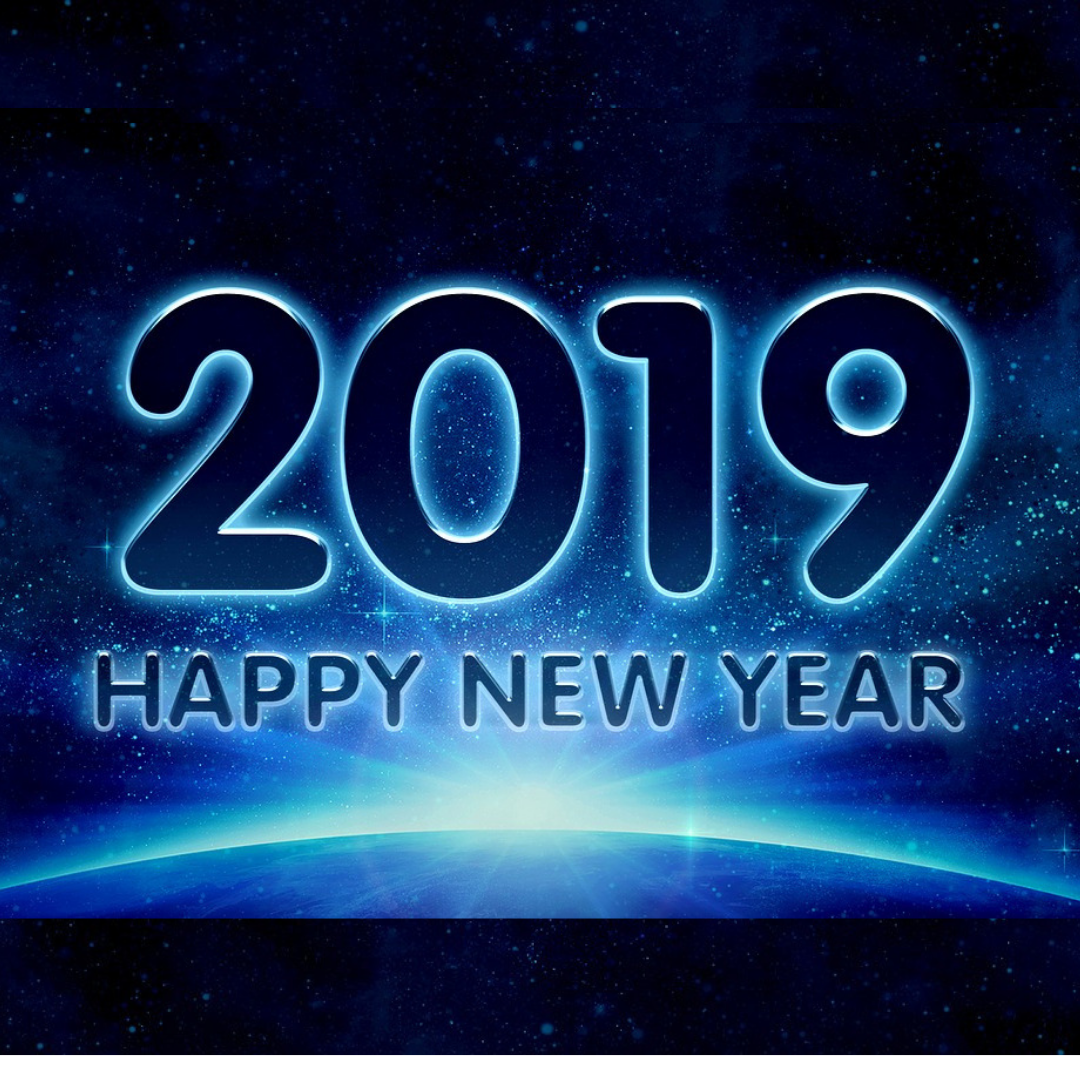